I love cooking with dark beer! I use it in a whole variety of things since they typically have such robust flavor profiles. I've used dark beer in stews, bread, ice cream and more. For this particular recipe I used 3 Sheeps Hoedown! Imperial black wheat ale but other great choices from the brewery would be the Baaad Boy Black Wheat Ale, Paid Time Off an Imperial Black Wheat or even Hello My Name is Joe Black Wheat Coffee Ale. 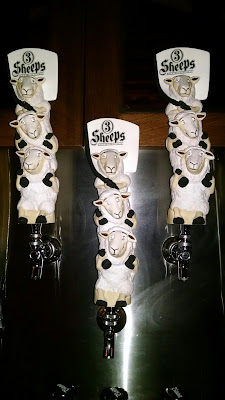 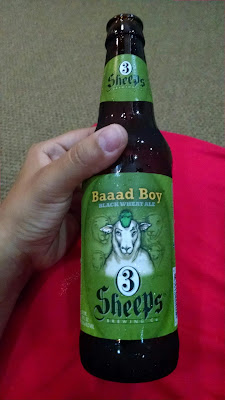 3 Sheeps, which hails from Wisconsin, started as the passion project of founder Grant Pauly. After his introduction to home brewing by way of a birthday gift, he fell in love and what started as just a hobby turned into an obsession. In 2011 he took his obsession and ran with it, opening 3 Sheeps brewery in Sheboygan and hiring a couple of his friends to work with him.

Preheat oven to 400 degrees. Combine brown sugar and beer in a small bowl, whisking well to form a thin syrup. Set aside. Line a rimmed baking sheet with aluminum foil. Place a wire cooling rack on top. Place the pieces of bacon on top of the rack, overlapping if necessary. Place in oven, bake 10 minutes.

Cool on wire rack at least 1 hour before enjoying! 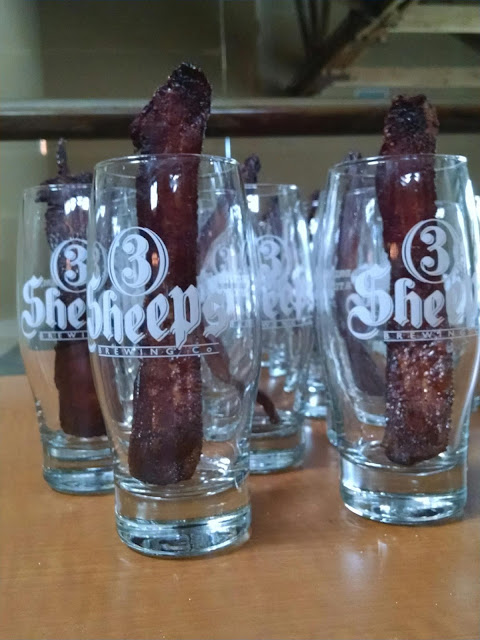