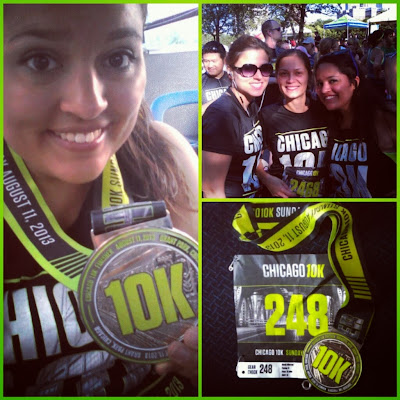 A few months ago I got an email advertising the Chicago Crosstown Classic 10k, a race that played on the rivalry between the north and south sides of the city.  I'm not originally from Chicago so I don't feel any real allegiance to either side, but at the end of the day I've only ever lived on the north side so it seemed an obvious choice to join Team Northside for the race.  At the time that I registered I was a bit nervous as this would be my first 10k race.  It was months away so I figured I had plenty of time to train.  Looking back now it's kind of funny that I was so nervous about this race and I ended up doing a half marathon and triathlon both before this one. 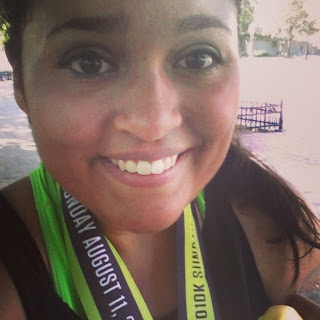 Let's take a little trip down memory lane to what my first 10k experience was.  The first 10k I ran was the Chicago 10k and it almost killed me.  I felt like I was going to collapse and turn into a little pile of dust.  I wanted to give up.  Around mile 5 my entire body was so fatigued and in pain that I wasn't even sure if I could make it to the finish line.  Tears welled up in my eyes.  I felt a mixture of pain, frustration but most of all determination.  I refused to be defeated.  After all, I had already done a half marathon, this 10k should have been a breeze.  The problem was that I was just pushing my body too hard.  I had been training fairly rigorously for my upcoming triathlon and had done a run through of the entire Sprint Triathlon distance the day before the Chicago 10k.  Crazy.  I know. 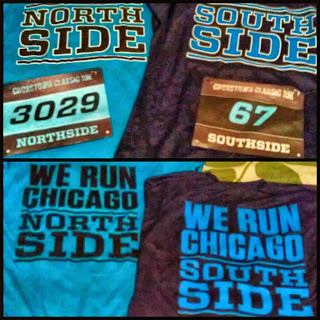 One of my biggest faults and strengths is that I don't think I have any limits, I like to think that I'm invincible.  Sadly, I am not, that day taught was a brutal reminder that despite the enormous strides I've made, I still have work to do.  It was a humbling experience to be so aware of the limits your body has.  It didn't matter though, I had no choice but to press on.  Somehow I was able to find a little pocket of energy buried deep in my heart that gave me just enough to get to the finish line.  It was rough, but when they handed me that giant Flavor Flav looking medal I couldn't help but grin a big toothy smile from ear to ear.  That big ol' shiny medal made it all worth it.


Reflecting back on that first experience I realized that for this 10k I would really need to step my game up.  I needed to redeem myself from that race to prove that I could do better, be stronger.  The Crosstown Classic was exactly what I wanted it to be.  I started the race amongst friends and each time I felt myself lagging I would look up and see a friendly face smiling back at me from the other side of course.  I don't think I've ever seen more of my friends than I did at that race.  It felt like every runner I knew was out there that day and they each pushed me just a little bit farther.  I'm happy to say that I felt great for all 6.2 miles of that run.  I was smiling, in great spirits and had high hopes of logging that coveted PR.  It was a great race and I had a phenomenal time being a part of it.

I refuse to let anything stop me, whether it's in a race, at work, at school, or anything else in life.  You have two choices, you can either throw in the towel or you can use it to wipe the sweat off of your face and keep going. 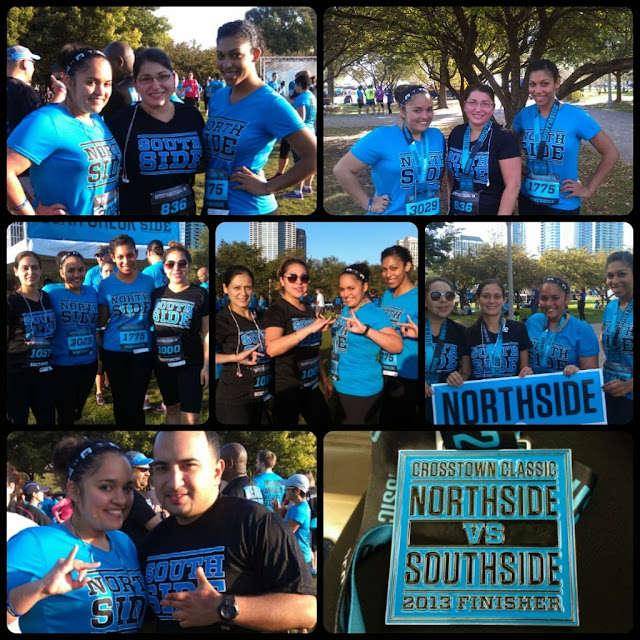