First of all, please forgive the snapchat photos. I know its super lame but I was out for my birthday and just wanted to enjoy the experience. Afterwards I realized how bummed I was for not having any pics of the amazing dinner but thankfully my friend Adam had captured it all on his snapchat story.

So, disclaimer aside, this was by far one of the BEST birthday dinners I've ever had. I saw a post about Flo & Santos hosting a Founders Beer Dinner and as fate would have it, it was on my actual birthday!  I bought tickets for my friend and I then counted down the days until I would be partaking in the delicious menu by Mark Rimkus (Executive Chef). I had no idea what to expect, I'd never been to a beer dinner before but I was beyond excited. My friend had also never been so we were like two little kids on our first day of school as we walked up to the restaurant.

As soon as we got to the back we saw a big table set up with all kinds of Founders swag and got to pick our seats for the evening. I glanced at the menu and immediately my mouth started watering. Just the first item alone - bacon dusted popcorn - I mean, who doesn't love bacon, this is gonna be a great night. We chatted with the guys from Founders and Mark came over to talk about Flo & Santos. This was my first time there and I already felt comfortable. This place is like going over to your aunts house for a relaxing dinner. ((Also, their normal tap list is phenomenal!)) 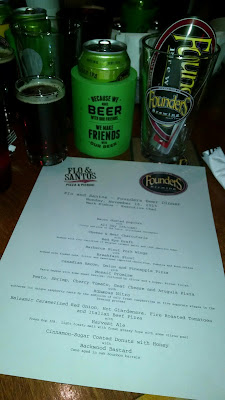 So first up we had the All Day IPA with the bacon dusted popcorn. I'm typically not a fan of IPAs but this one was smooth and VERY drinkable. I was done with it before we started the next course. 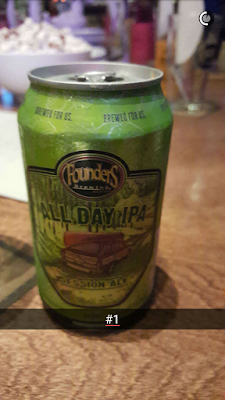 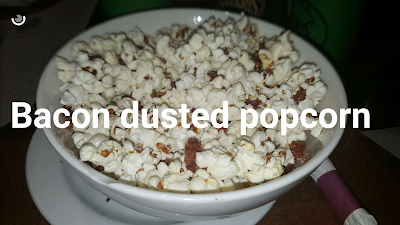 Next up, Red Rye draft with cheese & meat charcuterie.  Have you ever had duck prosciutto? I hadn't but it was so delicious! This is not something I would normally look for or order but I'm so glad they included it because it was seriously delicious. Also, the jam was so gooooood I wish I could have bottled it up and taken it home. My taste buds were dancing! The Red Rye draft was a favorite of the guy sitting to my right so I was excited to try it and it definitely did not disappoint. I hear its a bit hard to come by though so I'm trying not to get too attached. 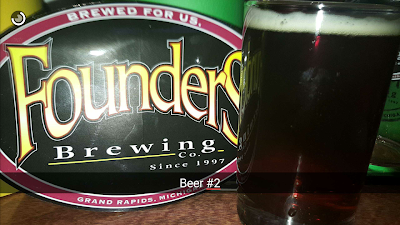 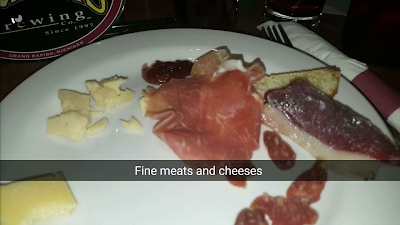 This.was.my.FAVORITE. Ok seriously though, I could eat these wings on the regular. I don't know what life was like before I tried these pork wings but things will never be the same. SO meaty and tasty. The combo was perfect because Breakfast Stout is one of my all time favorites. I can't say enough good things about how much I enjoyed this particular course. They were a perfect pair! 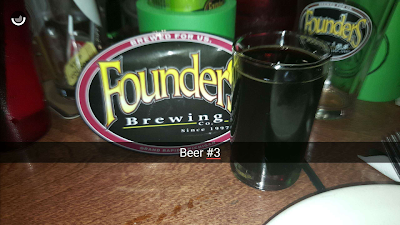 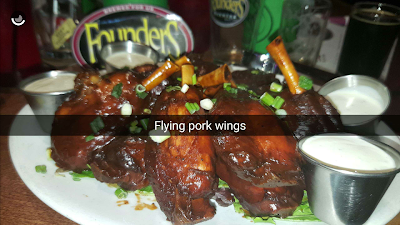 The classic pairing, beer and pizza. This round we did the Mosaic Promise with a play on a Hawaiian pizza. Typically I'm not a fan of pineapple on my pizza but this worked really well together. The crisp clean taste of the beer that started a  bit sweet was a nice compliment to the sweetness of the pizza. 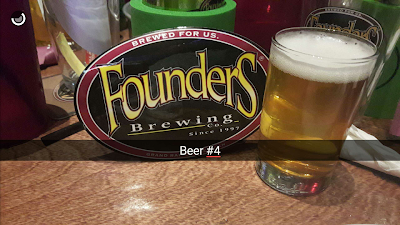 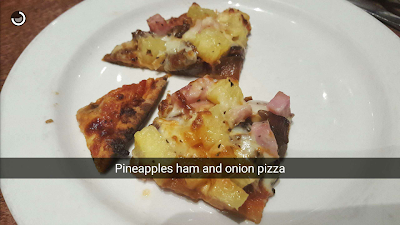 Rubaeus Nitro and pesto, shrimp, cherry tomato, goat cheese and arugula pizza. Sounds like a mouthful but all the components came together for a delicious symphony. The Rubaeus has this great sweet creamy taste that was perfect for the goat cheese pizza. Adam didn't like his so I lucked out and got a second serving of this pizza :) I'm just bummed this one isn't on their regular menu. 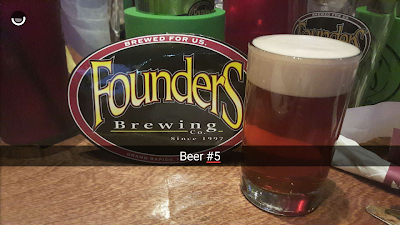 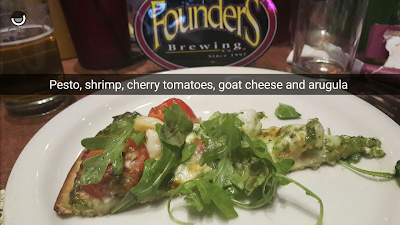 Final pizza round. This one was a play on the classic Italian Beef sandwich paired with the Harvest Ale. This was like sitting at a baseball game on a lazy Sunday afternoon. The pizza was just spicy enough to get your mouth tingling but not so much that it made it burn your taste buds. I notice this one IS on the regular menu so I make a mental note to come back for this one. 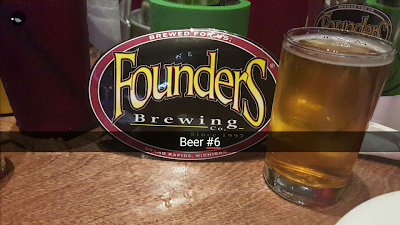 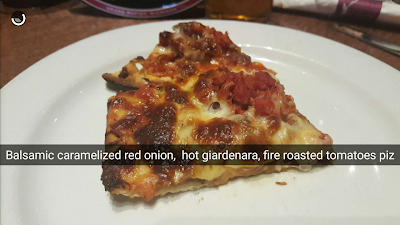 The final course is upon and they truly did go out in style. Backwood Bastard was phenomenal. I've added it to my list of beers to find next beer run. (I kept my fingers crossed that I might win some in the raffle but no dice on that). The cinnamon-sugar coated donuts were such a delightful ending to this dinner. They were just the right amount of sweetness to cap everything off. 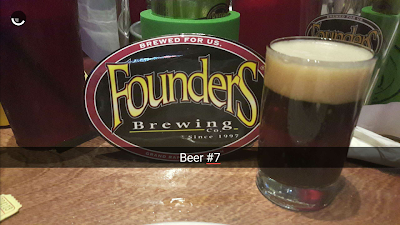 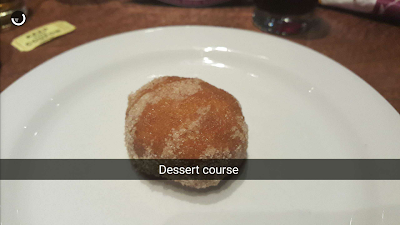 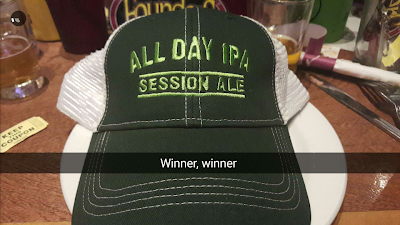 That lucky duck, he also won a bottle of Blushing Monk. Isn't this supposed to be my birthday celebration? Here he is winning all the prizes...but like a true gentleman he snuck the beer into my fridge when he dropped me off so I'll save this one for our next beer adventure. 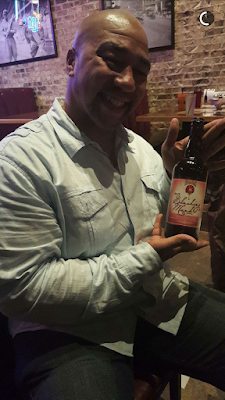 Oh heyyyy!!! I finally won something and the shirt DOES fit me so I'll be taking this one home :) 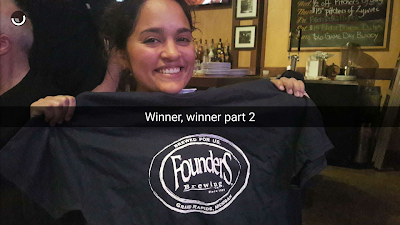 Ohhh and would you look at that, I also scored a couple bottles of beer! Perhaps I am luckier than I thought... 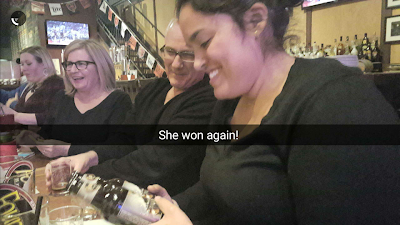 All in all, this was a superb experience. I'll definitely be adding Flo & Santos to my regular rotation of restaurants and Founders has become one of my favorite breweries. I'm hoping I can make it to some more events like this because it was a great way to try beers that I normally wouldn't order and feast on some delicious bites.
Posted by Unknown at 8:21 AM