That might seem like an odd thing to say but I'm sure it creates quite the visual.  Close your eyes and picture 140 quarter pounders stacked up like little sentinels ready for battle.  That's how much weight I've lost so far.  The equivalent of 140 quarter pounders.  When you hear 35 pounds it may not seem like much but to have that comparison really makes you appreciate just how much weight that is. 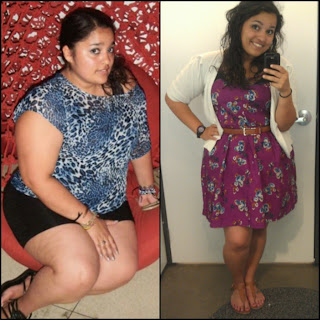 Back in April the company I work for hosted a "Biggest Loser" competition.  There were pretty substantial cash prizes for the top 3 "losers" in both total weight lost and percentage.  It was free to enter and they even offered a credit towards gym memberships so I figured I had nothing to lose but the pounds.  I started by changing small things here and there in my diet, nothing drastic.  The progress was slow but I was happy with that.  By the end of the first month I had lost 10 pounds.  I noticed a significant difference in the way I felt and how my clothes fit.  It sparked a fire to work harder for my results.  I started running more and doing some home work outs with resistance bands.  At the end of the second month I had shed another 10 pounds with changes in my body that were even noticeable to those around me.  Now I was also finally able to make it into the top 5 for total pounds lost so things got serious.  I joined a gym and became much more aware of the things I ate and drank.  When all was said and done I lost about 25 pounds but it wasn't enough to take home any of the prizes.  As much as I was disappointed about not winning, I was still ecstatic to have lost so much weight in a relatively short amount of time. 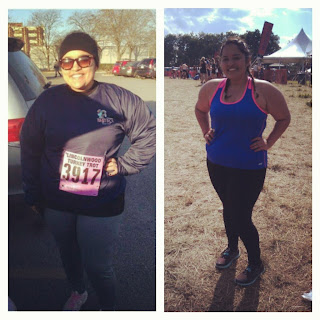 Since then I've been able to say goodbye to another 10 pounds which has dramatically changed my health.  For me it was never about the way I looked or how much I weighed.  I just wanted to be healthy and part of that was how it would enhance my athletic ability as a runner.  My very first race was a 5k and took me close to an hour.  I'm still not a speed demon, but I've been able to get my time down to about 40 minutes.  The biggest victory was that I'm finally able to get through an entire race without taking a break to walk.  This may not sound like a big deal, but for me this milestone was a huge success.  Now I can even get through an entire 10k without taking any breaks.  It's a great feeling.  For those of you struggling with your weight, take it one day at a time. Those pounds didn't appear overnight and it will take hard work to get rid of them. It won't be easy, but it will definitely be worth it. Try to focus on the non scale victories like fitting into an old pair of jeans you used to love. The scale can sometimes be deceiving of your true progress so its good to look at other markers of success. For as long as I can remember I've never been considered a "healthy weight" by those doctor charts, but I've run a half marathon this year and finished a triathlon so maybe those charts don't know everything. It's about how you feel and your own progress. Start with small changes so it doesn't feel like you're giving up everything you love. I started by drinking half my weight in ounces of water every day and walking a lot. Walking will lead to running or something else you enjoy and you can build your way up to more exercise. It's a journey, so don't get discouraged when you hit the road blocks, have faith that those are just stepping stones to reach higher ground. For me, running is a huge part of my weight loss journey.  Looking forward to the next race keeps me focused and motivated to stay on track.