From Mud Pies to Mud Runs

As a kid I loved everything about mud.  It was squishy and messy, you could make pies out of it or gross people out pretending it wasn't just mud if ya know what I mean.  With an active imagination, mud could lead to hours of playing just about anything because let's face it, how many kids don't love playing in the mud?  I think all of those hours of playing in the mud as a wee child have led to my current love for mud/obstacle runs. 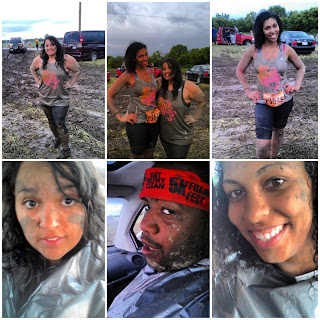 I did my first OCR (obstacle course race) back in June.  My company sponsored a team of us to do it and the website made it look like a ton of fun.  It rained like crazy that day and what was supposed to be Foam Fest turned into anything but.  I don't think we saw a single bubble of foamy filled action the whole day.  We had a lot of mud and just as much fun, and it also got my friend Season hooked.  The course was tougher than we expected, especially with all the rain making some areas into obstacles that weren't meant to be.  We slipped, crawled, tripped, climbed, ran, hopped, trudged and slid our way to the finish line alongside our other friend Everette.  This was also his first 5k, so we made sure to get him through the race and never leave him behind.  He may have hated us at times for our tough love approach but we just wanted to make sure he finished with us.  All in all, we had a great time and it sparked my interest in obstacle/mud style races. 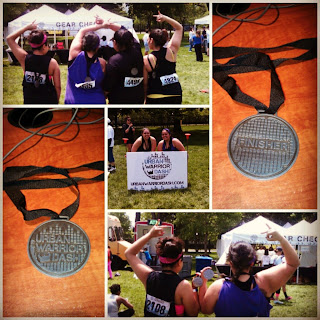 That same month I also did the Urban Warrior Dash here in Chicago, which was sort of a city twist on the obstacle run and the traditional Warrior Dash out in Channahon.  Urban Warrior Dash was 5 miles of road racing with obstacles like the "Quad Killer" thrown in.  If you're not a fan of stairs, this would have been your worst enemy, I have a whole new appreciation for vendors at sporting events now.  Warrior Dash was your good old fashioned 5k OCR.  With each race I got stronger and just a little bit faster.  Since then a few more runs have come up but for one reason or another I just haven't been able to make it to them.  The itch for another OCR was coming back and when I saw the email advertising Hell Run I had to jump on board.  As soon as I mentioned there was a mud run I had 4 more teammates lined up to race with me. 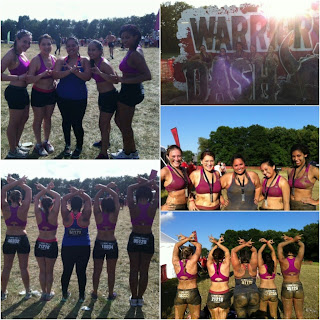 My usual running buddies Abby and Johnny were the first to agree, Season followed and convinced her little sister to come with us to do her first mud run.  Per usual, we got matching outfits and kept building the excitement for race day.  Saturday morning we woke up to an overcast sky but hoped it was just passing through.  We barely made it to the registration table before the skies opened up and just wreaked havoc on us.  Our original wave time was 10am, but with the weather we had to wait for updates every 15 minutes until after 1pm when they finally gave word that the race would still go on.  It still took time to get all of the volunteers and security in place before the course was ready for runners.  A lot of people had to leave, and those of us who remained were antsy to just get started already. 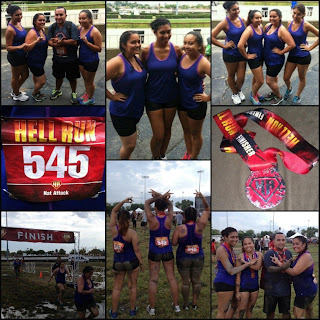 I have to say, the course wasn't really what I was expecting, in fact it was sort of a let down.  I'm not sure we even ran a full 5k but we made the best of it nonetheless.  Either way I'm glad I waited it out because I was able to run alongside one of the most spirited running teams I've ever seen, The Midwest Vikings.  They're like a family of crazy runners who support and push each other.  Now that I've cleaned all the mud off and rested my body it's time to check them out to see where the next chapter of my running takes me...